Embattled gold dealership firm Menzgold Ghana have rubbished reports that the company is set to organize an end of year “Customer Bash”.

An artwork circulating on social media suggests that the company is organizing a bash for their angry customers on December 31, 2018.

This infuriated many who have since taken to social media to pour out their heart as they are currently in dilemma as to whether their investments will be paid by Menzgold or not.

Menzgold recently released a statement asking their staff to proceed on leave and return on December 20, a move which many customers believe is a plot to fold the company.

However, they have released a statement to quash claims that they will be organizing a concert for their customers.

Below is the statement;

I would like to state categorically that Menzgold Ghana has not released any artwork to that effect, and this could only be the work of unscrupulous vicious minds.

Customers are encouraged to disregard and treat this fake artwork with the contempt it deserves. 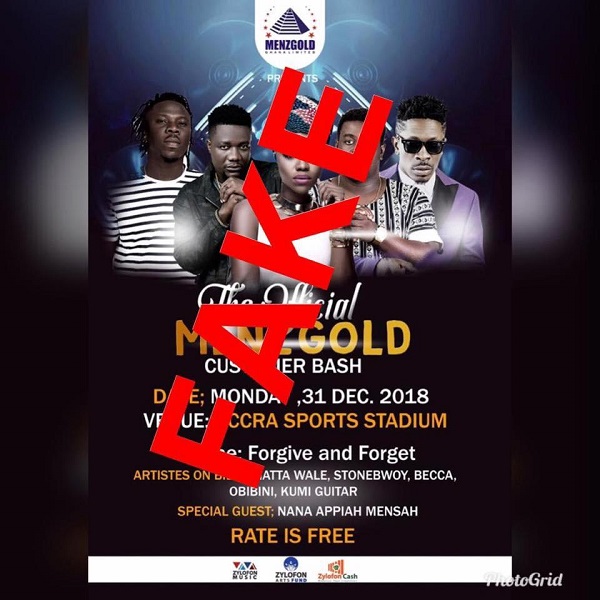